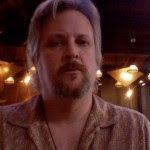 Robert Phoenix interviews Ann Diamond from a toilet in Greece on Leonard Cohen, The Man Next Door (January 9, 2015) 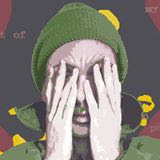 Plus, a vigorous discussion at RIGOROUS INTUITION (blog)

Posted by Ann Diamond Mother of Darkness at 3:56 PM

The Man Next Door immediately throws one into the late 1960s – poetry readings, student uprisings, Bistros and Montreal bars, the tragic deaths of Janis Joplin and Jimi Hentrix, and Canadian armed forces occupying Montreal triggered by the kidnappings of a provincial cabinet minister and a British diplomat by members of the Front de Libération du Québec (FLQ). Magic was indeed afoot! This is the historical moment Ann Diamond’s book immediately propels one into. The Montreal Bistros and bars were hangouts for intellectuals, artists, journalists and drunks. Leonard Cohen and Pierre Trudeau were regulars. In the summer of 1977, Montreal was in the midst of rather shocking revelations about doctors, psychiatric patients and classified experiments, some of which were attributed to CIA’s MKULTRA Program, in articles appearing in the local press. The brilliant and flamboyant Tibetan Buddhist teacher, Chogyam Trungpa Rinpoche, was also part of this dynamic landscape.

Ann’s first fleeting encounter with Leonard Cohen occurred one night in the midst of these radical and romantic times. She describes Cohen as a mythical figure in her youthful revolutionary dreams. His books were sacred texts. The encounter left Ann feeling as though she was floating above her “occupied city like Kateri Tekakwitha, at one with all the Mohawks and other disembodied saints.” She prophetically sensed that she might run into Leonard Cohen again. A number of years later, Ann Diamond would find herself sitting at Leonard Cohen’s kitchen table...

Cohen rang Ann up and introduced himself in typically witty fashion: “Hello Ann? This is Leonard Cohen. We have to stop meeting like this.” Ann’s first evening with Leonard Cohen left her dazed and delirious. A mutual friend had provided Cohen with her phone number. I immediately recognized the familiar phrases used by Leonard Cohen and could literally visualize him jumping in the air and asking “The girl with the bicycle? How tall is she?”

Having spent nearly 20 years working as Cohen’s personal manager, I had grown quite familiar with his speech, phraseology, and frequently eccentric behavior. I also know Cohen’s taste in women and understood why he found the youthful, spirited, and adventurous Ann Diamond so compelling.

While most biographies devoted to Leonard Cohen consist of impersonal or sanitized third party accounts that are dripping with awe and admiration, Ann’s biography is personal, revealing, and touches upon Cohen’s darker side which a friend of hers described when he cautioned her: “Be very careful of that guy. He's totally ruthless when it comes to women.”

Ann herself could not connect her friend’s remark to the man who appeared to be an “eccentric saint,” devoted son, and exceptional artist who associated with a rather odd assortment of neurotic friends. Cohen’s personal life is tortured and up close resembles a controlled disaster area. Leonard Cohen also understands his own nature. When Ann asks “But are you trustworthy?” he responds “No.”

Cohen’s public persona has a cultivated Europeanized air to it that leads one to conclude that he is humble, wise, calm, dignified, deeply spiritual, and in possession of courtly manners. Privately, Cohen is lonely and bitter.

This is not the type of biography fans of Leonard Cohen’s will readily embrace. It is far too naked and poignant. Ann Diamond is a very brave woman who has experienced and tangled with the man who wrestles with the angel and the beast.

Yes never forget this... If you're want to watch the 33 movie then you can easily watch from our website. just visit the link below to watch the movie online now: Watch The 33 Online Free