THE PIED PIPER OF PEDOPHILIA 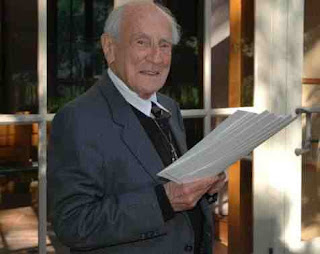 In his book THE PEDOPHOCRACY, Dave McGowan demonstrates how western society has fallen under the control of a corrupt gang of pedophiles. This “conspiracy theory” keeps gaining ground as news stories continue to break exposing scandalous amounts of violent pedophilia in high places. It’s not just that the elite are inbred, uncontrollably corrupt and prone to perversions (as we used to think, naively) – pedophilia is also a well-established system of vetting, grooming and controlling the men in power.

So far there has not been an exposé of pedophilia in Canada although one is long overdue. Organized child abuse is rife in this country, and anyone documenting it should include more than a footnote on John Seeley, “The Fool of Sociology” who could rightfully be called the Pied Piper of Pedophilia.

Nobody I know has ever heard of Seeley, but he’s revered in academia. His name is all over the pages the secret eugenics movement that has shaped Canadian society since the beginning of the Cold War. Cambridge University in the UK has a biannual history lecture series named for him – but then Cambridge also made headlines last year by hosting a conference where participants were told: 'Paedophilia is natural and normal for males' - Telegraph

Seeley would have fit right in, but he has been dead since 2007. Nevertheless, in Toronto, where began his stellar rise to fame and notoriety, his name has popped up lately in support of the Ontario Liberal regime’s radical new sex ed curriculum, which some critics suggesting will groom children for sexual activity -- a pedophile's dream come true.

In his lifetime Seeley boasted of being friends with with Presidents and Prime Ministers –JFK, LBJ and Pierre Trudeau – who invited him to spend weekends at 22 Sussex Drive.

The abused son of a mother he once described as a “cesspool… got of the slime, ” in 1929 at age 16 Seeley left his "cheap English boarding school" on a ship bound for Canada. In Ontario, he laboured on farms, became a cub scout leader in Muskoka, then joined the army in WW2. Studying sociology at the University of Chicago, he moved to Toronto to each at U of T and become Canada’s “most brilliant sociologist.”

Nicknamed “the Fool of Sociology” by a colleague, he was linked with radical causes like the Berkeley Free Speech Movement in the 1960s and wrote books and hundreds of articles for magazines including Ramparts.

Even according to his supporters, John R. Seeley was a brilliant fraud. Fleeing Toronto in 1963 in disgrace, he floated like a hot air balloon from one prestigious university to the next. Brandeis, Stanford.

Seeley was famous as the sociologist who introduced psychiatry into Toronto schools way back in 1948, when he ran the Forest Hills experimental community in a ritzy suburb. Except he wasn’t a sociologist any more than he was a psychiatrist.

His biographer, Paul Bentley goes farther and calls him “a martyr for mental health.”

That’s strange because Clayton Ruby, Toronto’s beloved civil liberties lawyer, dubbed him “the wisest, kindest man he ever knew.” Is this the Toronto Boys’ Choir? 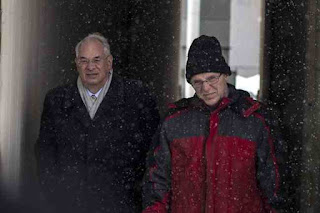 How about this other little red flag: as a boy when Clayton Ruby attended Forest Hill Academy, John Seeley tutored him in weekly private sessions from age ten. Nothing strange about that. Or the fact that Ruby’s recently defended Benjamin Levin, Ontario’s former deputy education minister, on child pornography and related charges. Levin is now serving a three year sentence.

If Dave McGowan’s “pedophocracy” really does rules western societies, then that rule would extend to Canada, wouldn’t it? It also could explain why a dead ‘sadist and pedophile’ is being dragged from his grave by cheerleaders for expanded mental health and sex education programs in Ontario.

For Seeley, “mental health” was obviously a way to get close to children. In the 1950s, he had himself analyzed by a sympathetic crony, Toronto psychiatrist Martin Fischer. Fischer allegedly ran some strange experiments at spooky Lakeshore Psychiatric Hospital, notorious for destroying all patient records and burying dead inmates three-deep in unmarked graves.

Fischer also appears as the psychiatrist in the Canadian film Warrendale. Located in another Toronto suburb, Warrendale was a “home for emotionally disturbed children” that leapt to world attention when the film won the 1967 Jury Prize at Cannes. Another “experimental community” tucked away in aToronto suburb (Etobicoke), Warrendale mainly taught kids social deviance: drinking, smoking, swearing, having sex with other children – and not much else. With this as their basic training, many ex-Warrendale kids came to sad, early deaths or became life-long misfits and petty criminals.

But it was the sixties. Seeley shared his violent pedophile fantasies with Dr. Fischer, who never reported them to authorities. These confessions appear in an early version of Paul Bentley’s PhD thesis on Seeley which he posted online on Scribd but has since revised, removing all references to pedophilia.

A trove of information it exposes two influential frauds, both connected to British intelligence and elite Toronto.

Bothe were Jewish. Seeley’s absent father was named Friedeberg, and abandoned him to his unspeakably sadistic mother. So the future ‘sadist and pederast’ grew up in England with perfect accent and diction, needed to make it as an immigrant in Toronto.

Martin Fischer had come to Canada as a refugee from Nazi Germany. Known to practice psychoanalysis without a licence, he was accused of abusing students at two of his Art Therapy Institutes in the 1980s and 90s. When Paul Bentley interviewed Seeley in Los Angeles in the 1990s, he was shocked to find the great thinker living in a seedy neighbourhood of west L.A. and posing as a ‘child psychiatrist.”

Seeley was eager to talk about the “military agenda” that had recruited him for peacetime projects. Eugenicists behind the Forest Hill experiment planned on using ‘mental hygiene’ to completely ‘reorganize Canada.’

The first step: brain-wash children and parents, weaken families. Having “humanized the Canadian army” through applied social science, the elite spooks from Ottawa’s Department of Defence planned to militarize humanity next. In a nice way, though.

John Seeley was chosen to head Forest Hills on the basis of his ‘communication skills’. (You’d think they could have found a skilled communicator who wasn’t also a sadistic pedophile.) He later boasted the World Health Organization (WHO) and its Charter were designed in his office. New definitions of health and disease aimed to create a new race of humans. Less aggressive, more controllable.

Similar experiments, like Dr. Ewen Cameron’s “psychic driving” of patients at the Allan Memorial Institute were soon underway in Montreal –but closed down in 1963 by the Quebec government and CIA.

On Seeley’s watch, York University opened in 1961. It’s mission: to educate “Canada’s future leaders.” Seeley’s vision for York was aborted when he was fired: he had wanted to make it the Harvard of the North. His proposed curriculum read like a training program for CIA operatives. Seeley soon became head of California’s Center for the Study of Democratic Institutions, a CIA front organization.

By then Toronto was the new buzzing hub of British eugenics. The Ontario Institute of Education, influenced by the Rothschild-owned Tavistock Institute in London, turned out teachers who would rip Ontario from its stodgy, Presbyterian backwater, making it the brave new world of social engineering it is today.

“A small cell within the military elite” including Seeley and WHO chief Brock Chisholm were the masterminds whose vast National Health Project brought together psychiatrists, psychologists, social workers, educators, recreation specialists, and sociologists to achieve “gratifying results.” Today we would call them “community partners.”

The only thing missing was the media. The National Film Board had started out as a wartime propaganda agency, but in the 1950s its military chiefs turned to domestic psychological warfare projects, such as a documentary series for Canadian parents on the new, ‘permissive’ child-raising methods popularized by Dr. Benjamin Spock.

Are we surprised that a mental health program designed by military eugenicists and a sadistic pedophile was not an ‘improvement’ ? The new, self-regulating Baby Boomers would grow up rejecting parental authority only to become pawns of mass media and the emerging drug culture. 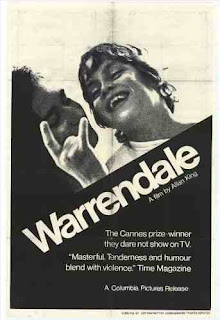 By the late sixties, the “reorganized” Canada was exporting culture to the world. The award-winning “Warrendale” documentary unveiled the first generation of emotionally-disturbed kids raised under Canada’s secret eugenics program set up by military pedophiles.

Thank “Toronto the Good” and heritage institutions like CBC for keeping this secret under wraps, and for lately bringing it of the closet dressed in new, progressive clothes. To question all this is like questioning the air we breathe.

Posted by Ann Diamond Mother of Darkness at 7:56 AM

If you link to my blog and send me the URL of your channel... yes.

People are beginning to see the sinister side of everything from education to Hollywood/Disney.